I am not sure whether this counts more as an OS issue, but I thought I would ask here in case anyone has some insight from the Python end of things.

I’ve been trying to parallelise a CPU-heavy for loop using joblib, but I find that instead of each worker process being assigned to a different core, I end up with all of them being assigned to the same core and no performance gain.

…and here’s what I see in htop while this script is running: 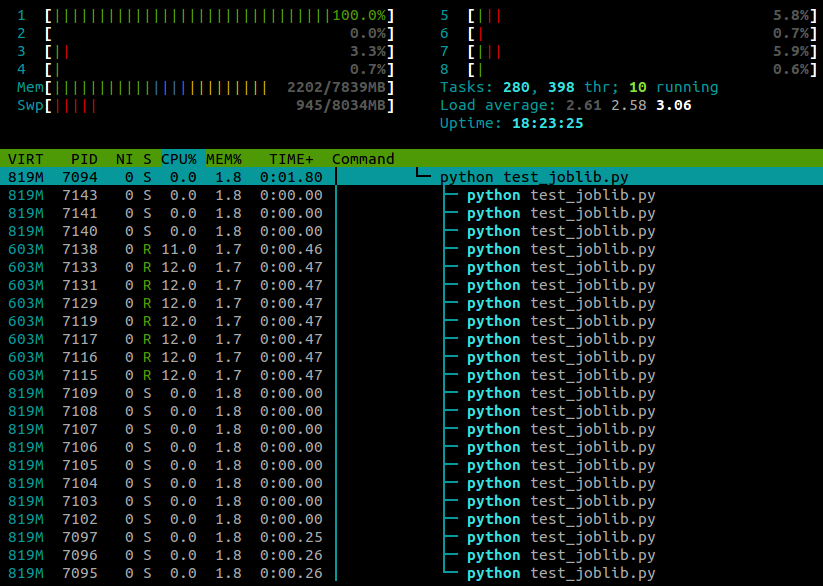 I’m running Ubuntu 12.10 (3.5.0-26) on a laptop with 4 cores. Clearly joblib.Parallel is spawning separate processes for the different workers, but is there any way that I can make these processes execute on different cores?

Now we will see solution for issue: Why does multiprocessing use only a single core after I import numpy?

After some more googling I found the answer here.

It turns out that certain Python modules (numpy, scipy, tables, pandas, skimage…) mess with core affinity on import. As far as I can tell, this problem seems to be specifically caused by them linking against multithreaded OpenBLAS libraries.

A workaround is to reset the task affinity using

With this line pasted in after the module imports, my example now runs on all cores: 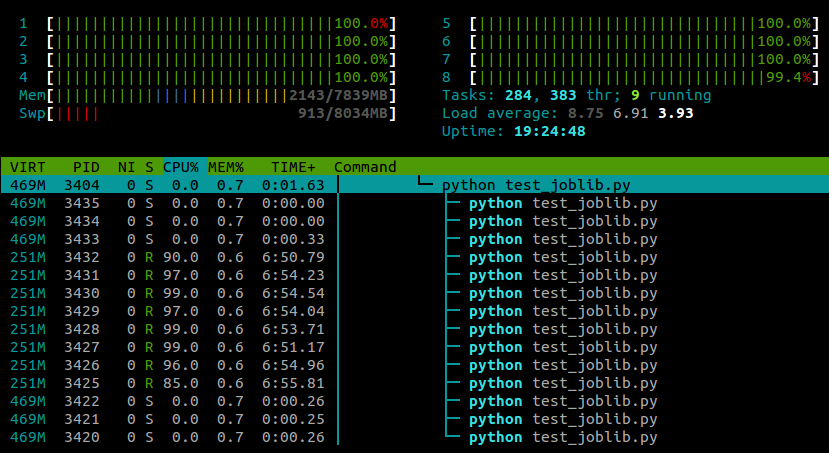 My experience so far has been that this doesn’t seem to have any negative effect on numpy‘s performance, although this is probably machine- and task-specific .

There are also two ways to disable the CPU affinity-resetting behaviour of OpenBLAS itself. At run-time you can use the environment variable OPENBLAS_MAIN_FREE (or GOTOBLAS_MAIN_FREE), for example

Or alternatively, if you’re compiling OpenBLAS from source you can permanently disable it at build-time by editing the Makefile.rule to contain the line

This question is answered By – ali_m